CAIL's 75th Anniversary Gala, chaired by Erin Nealy Cox and Trey Cox, was held at The Statler Hotel in Dallas on Wednesday, October 19, 2022.

Top business, civic and legal leaders gathered for an unforgettable dinner reception where we celebrated CAIL’s diamond jubilee and ensured CAIL’s impact is felt for generations to come. Together we inspired over 300 guests to care about CAIL’s mission. By the end of the evening, our guests understood what we stand for and why CAIL’s mission is so important to our communities, our nation, and our world. We would also like to thank all our guests in attendance for sharing their time with us to learn about The Center and reflect on the importance of its role in defending the rule of law in our daily lives. Funding raised through the Gala will provide resources to support and promote the rule of law and the justice system. 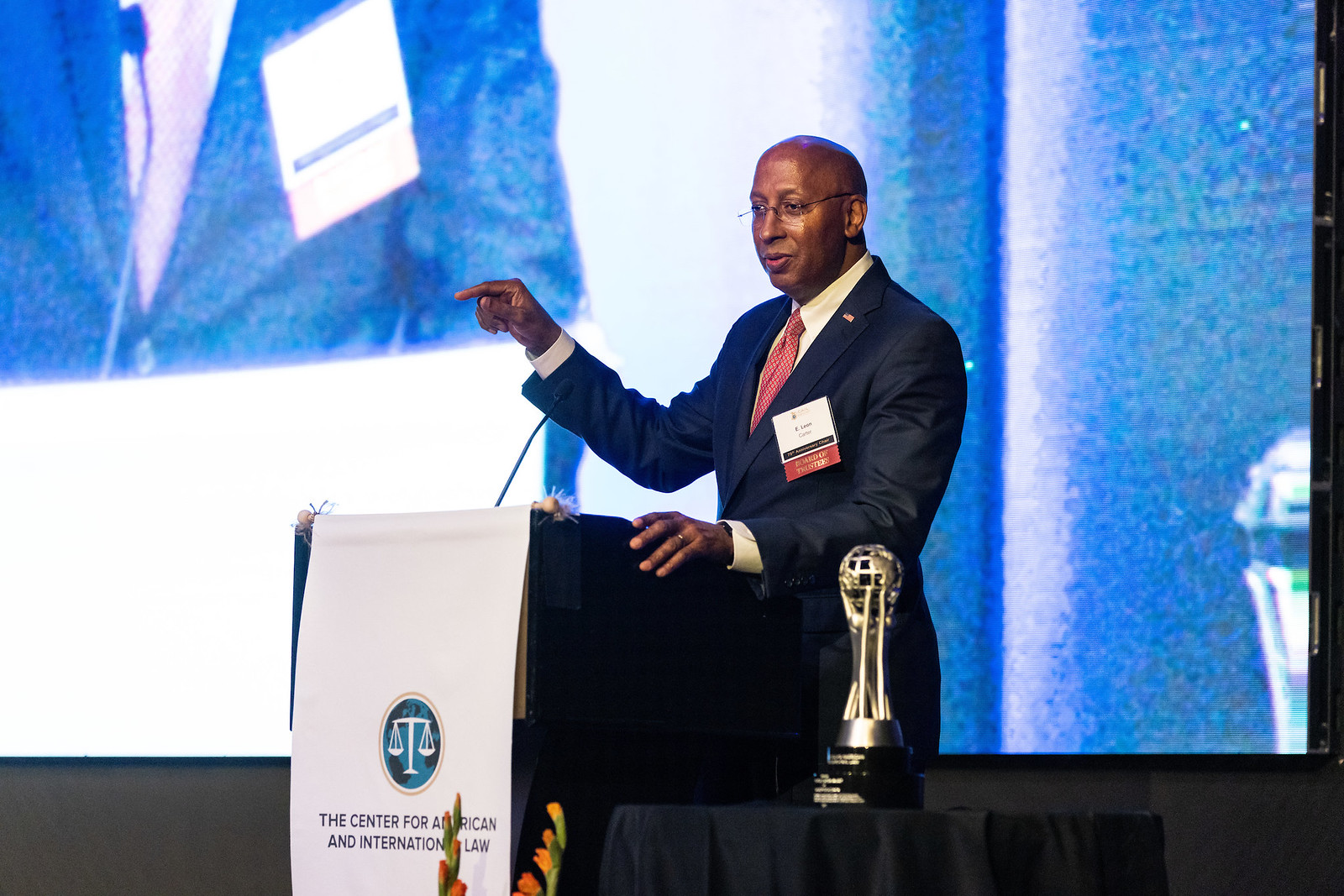 This prestigious award, last presented in 1980, recognizes an American citizen whose inspiring leadership vision and judgment have contributed to the welfare of the world, our nation, and our community, and to the happiness and dignity of the individual in accord with the great traditions of the administration of justice under law.

This conversation highlighted impactful moments from Senator Hutchison's career, her international experience, and her unique perspective on promoting the rule of law.

With decades of experience in the public and private sectors, Kay Bailey Hutchison is a public servant and businesswoman who has served in roles from bank executive to U.S. Senator to, most recently, U.S. Ambassador to NATO.

In January 2021, she stepped down from a more than 3-year term as U.S. Ambassador to The North Atlantic Treaty Organization (NATO) in Brussels, Belgium, where she managed the 250-person mission. In her service to NATO, she maintained U.S. leadership in the 30 Ally Alliance. She negotiated a rebalancing of contributions from allies, resulting in an annual savings of $140 million dollars for American taxpayers.

Before her public service as U.S. Ambassador, she was an attorney with Bracewell, a business and energy law firm headquartered in Houston, Texas. She also served as a Bank of America Global Advisory Board member and a contributor to the CNBC network. She served as U.S. Senator from Texas from 1993 to 2013. During this time, she was elected by her peers to serve as Chairman of the Republican Policy Committee, the 4th highest-ranking Republican leadership position. The Center for American and International Law’s 75th Anniversary Gala will be held at The Statler Dallas on October 19, 2022. The Gala will highlight CAIL’s history, current initiatives, and will honor Senator Kay Bailey Hutchison with CAIL’s Great Leaders Award.

The dinner and awards presentation will attract 400 of the region’s top business, civic and legal leaders, offering sponsors a unique opportunity for high profile exposure and recognition. If you are interested in securing a sponsorship for the Gala, please know that we appreciate your support!

To purchase a sponsorship, click here. For more details, please contact Mimi Bishop at MBishop@cailaw.org, by phone at 972-244-3444.

Every gift, regardless of the amount, positively impacts the programming and continuing education CAIL provides. We appreciate your kind and generous donations!